Why thermal cameras are cool

With all the measures implemented this past year to avoid COVID-19 infections, and to detect those infected, remote thermometers cropped up everywhere, raising general awareness of temperature and how we measure it. Dramatic, highly colorful photos of people walking through airports or stores were a common sight on many news networks and websites. But how do these cameras work?

Thermal cameras have been around since the late 1940’s and have been an important tool across scientific disciplines for their ability to make otherwise-invisible temperature differences visible. Much like their normal camera counterparts, thermal cameras focus light to a single point to create an image. However, thermal cameras use a trick to “see” temperature gradients, rather than solid objects. Thermal cameras look beyond the normal spectrum of visible light that human eyes can detect, and instead they focus just infrared light, which is generated by the heat of objects. The result is a picture that allows humans to visualize differences in temperature, and in high-quality cameras, the image can display temperature variations as small as a fraction of a degree. These variations are usually color-coded intuitively, with cooler colors like blues and purples representing colder temperatures and red, orange, and yellow shades denoting warmer temperatures. These factors make this type of imaging both incredibly useful scientifically and easily understandable to a wider general audience.

Scientists, including geoscientists, use this technology in a variety of ways. Within the context of marine geology, thermal cameras have been used to find and learn about submarine groundwater discharge (SGD). Broadly speaking, SGD is the flow of fresh groundwater to the coast, where it mixes with salty seawater close to the shoreline. This process occurs anywhere there is coastline but is particularly widespread along the coasts of Hawaiʻi. Finding locations of SGD is important because the water can also carry excess nutrients like nitrogen and phosphorus from fertilizers and sewage, which can cause harmful algal blooms and wreak havoc on the reefs that flank many of the coasts of Hawaiʻi.

Where SGD emerges along the coast, the groundwater comes out cooler from having traveled through underground bedrock. Since SGD is commonly fresh or brackish water, it is also less dense than the surrounding coastal seawater. This means that images taken of the ocean surface with a thermal camera will show large, cool plumes of SGD seeping out from points along the beach. Many times, these photos dramatically illustrate the processes of both submarine groundwater discharge and thermal imaging.

The last element of this method is how to capture the best possible photo of this SGD phenomenon: take to the sky! For that, scientists use either a small, unmanned drone or a plane. Flying a drone in a systematic, flat, back-and-forth pattern up and down the coast will produce a high-scale mosaic of all the locations where SGD occurs. With this information scientists can test the groundwater at these locations to identify anything harmful to the humans, plants, or animals that live in and along our coastal waters.

It should be noted that this type of research is a developing field, and while it has seen growing use in the past 5-10 years, conditions must be just right to produce images that are both high resolution and accurate. During my work as a Hawaiʻi Sea Grant Graduate Fellow, we have found the best possible results come from taking images in the early morning during low tide with only small waves, a challenging set of conditions to find in unison!

Using a drone-carried thermal camera to capture images to find SGD is a new and still developing technique. But combining these two powerful pieces of technology (autonomous flight and thermal imaging) allows for some visually stunning photos to be taken and can lead to some amazing insights into the hydrologic processes that take place under our feet. 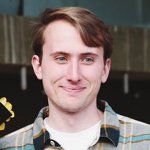 Jonathan Cameron is a Master’s student in the Earth Sciences Department at the University of Hawaiʻi at Mānoa studying submarine groundwater discharge and associated nutrient flux.