Giant clams are bottom dwelling behemoths, big ol’ bivalves, that live in tropical waters across the Pacific and Indian oceans. These jumbo clams are ginormous, with some species growing to 4 feet long and weighing 500 pounds. And like the coral reefs in which they reside, giant clams have magnificent coloration, with brilliant hues across all the rainbow’s spectrum. Their tissues have scintillating colors and elaborate shells that are mesmerizing, like the eye of Sauron.

But the myth along with these ocean giants is as malicious as the Dark Lord himself. They are colloquially known as the ‘man-eating clams,’ as they are so huge that they can swallow a human whole. While the first part is true (they are enormous and you can probably fit inside one), you aren’t their primary prey. But, these monstrous clams are as harmless as a water lily. In fact, they mostly eat sunshine!

Similar to corals, giant clams play host to numerous algae. The clams harbor the algae in their tissues in a mutual relationship, and both organisms benefit. The algae get a safe place to live and photosynthesize in peace, free from predators. And the clams get access to their sugars and other metabolic resources as byproducts of photosynthesis.

You wouldn’t think it, but clams are among the highest net primary producers of any species on coral reefs, which is otherwise a nutrient limited landscape. Not only are these giant clams able to harbor the power of the sun, they are also able to filter the water of whatever nutrients are available, including a variety of organic debris and zooplankton. This feeding flexibility enables clams to survive in both clear nutrient poor waters and in murky, turbid waters. This filtering also improves the water quality and promotes the health of other reef organisms that depend on sunlight, such as corals. Additionally, their broadcasted eggs and sperm feed other reef animals.

However, similar to corals, giant clams are under a variety of threats. They can be stressed by temperature, causing them to abandon their mutual relationships with the algae, forcing them to survive on the limited filtered nutrients alone.

Along with the environmental issues, giant clam populations are under threat from human harvesting. Their populations are in decline in much of their native range and they have numerous life characteristics that act against their long term survival. They are slow growing, reaching full sexual maturity between 9-10 years old, sedentary as adults, and they are in naturally low abundance, leaving them especially susceptible to overharvesting. Also, with their extraordinary coloration and shallow depths, they are easy to spot. What makes matters worse, with their immobility and their reproductive strategy of broadcast spawning, they are dependent on the proximity to other potential mates. As populations decline, distance between clams increase, further decreasing their likelihood of successful reproduction. As a Hawai‘i Sea Grant Graduate Fellow, my graduate thesis at the Hawai‘i Institute of Marine Biology is to assess the evolutionary relationships of giant clams to other species (phylogenetics) and the population structures of these magnificent creatures to better understand and protect them.

Giant clam populations have plummeted for a variety of reasons but the aquarist trade is a large reason for the decline. They are also harvested for their meat and their massive shells are collected for use in scrimshaw work which sells for high prices. In recent years, prices paid to fisherman have jumped up 40-fold. One uncarved clam shell that used to be worth about $300, is now worth $12,000. This high market value has increased fishing pressures on the clams, who are already susceptible to overharvesting. There is a push to list giant clams under the endangered species act, and countries have closed some giant clam fisheries. But poaching still occurs here, as seen from a $25 million poaching bust earlier this year.

While clam populations are in decline, numerous countries have been able to propagate them in various mariculture programs. Palau has constructed the most successful program in the Palau Mariculture Demonstration Center (PMDC). Here, about a million young clams are raised every year. The PMDC offers a training program that teaches mariculture techniques to residents of other island nations, too, helping them to start their own farm plots and restoration projects.

Giant clams may have endured a tough period of extortion, but with a strong conservation focus on these animals, countries can aid in culturing them back from their risk of extinction. 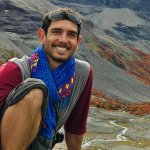 Paolo is an ocean enthusiast, marine biology graduate student at the Hawaiʻi Institute of Marine Biology, with a background in marine conservation and education. He aims to work with state and federal management agencies to better protect the ocean and its environmental resources.