Every parent knows the feeling: sneaking away to the restroom, yearning for a few minutes to yourself, only to be interrupted in seconds by light knocks and fifty questions.

But alas, even if you aren’t a parent, you are never truly alone, for trillions of bacteria, fungi, viruses, and archaea in your gut have been with you since the beginning: your gut microbiome. Scientists are just beginning to scratch the surface of our gut microbiome and its influence, but research has begun to highlight how it can impact our emotions, mental health, and overall physical health.

One genus of bacteria, Bacteroides spp., has been co-evolving with mammals for millennia and is essential to breaking down complex molecules in our food. Bacteroides is species specific, meaning the Bacteroides found in the human gut is different than that found in a cat, dog, cow, or pig, and this specificity has proven helpful in identifying the sources of fecal pollution in rivers and coastlines across the world.

By using next-generation genetic sequencing to identify different species of Bacteroides and other fecal-associated bacteria, researchers have significantly advanced the detection of fecal pollution in water, while also further developing microbial source tracking (MST), a suite of assays scientists use to identify non-point sources of pollution. One such method is called quantitative Polymerase Chain Reaction (qPCR). This technique uses solutions (called primers) to bind to specific genetic code (called markers), such as human or non-human Bacteroides, and then creates millions of copies of those markers so they can be counted. Different primers bind to different genetic sequences, thus allowing scientists to tease apart specific bacteria of interest and uncover their concentrations.

This method is one key to understanding sources of fecal pollution. For example, finding cow-associated Bacteroides may indicate agricultural pollution from a nearby farm that uses manure as fertilizer, while finding human-associated Bacteroides may indicate nearby raw sewage. In fact, a recent study examining Bacteroides diversity in sewage influent from cities across the continental United States identified a free-living (i.e. not human-associated) species that is only found in sewer lines. Following an accidental sewage overflow into a nearby river, this same study found this novel species in the water, supporting the future use of this bacterial strain in differentiating between sources of sewage pollution.

MST has helped scientists distinguish failing sewage infrastructure as a significant driver of water quality decline globally, but there is an issue in applying MST here: many established methods for identifying sewage pollution do not work well in Hawaiʻi. For example, one federally standardized method examines concentrations of the bacteria Enterococcus in water as a cheap and efficient method of identifying the presence of fecal contamination. However, Enterococcus grows naturally in Hawaiian soils, can multiply in water bodies, and current tests do not differentiate between naturally-occurring and human-associated species. Primers used to identify the presence of human-associated Bacteroides rarely indicate fecal pollution in Hawaiʻi even when all others signs suggest otherwise, an unfortunate byproduct of this method being developed using samples from the U.S. mainland.

But why does sample development location matter, you may ask? Once again, it all boils down to our gut microbiome. A current hypothesis is that the diets of those who live on tropical islands like Hawaiʻi, often consist of fish, rice, and a variety of different fruits and vegetables that generate differences in gut microbiome populations, when compared to the more typical American diet.

As Hawaiʻi continues to grapple with sewage pollution, a team of Hawaiʻi Sea Grant Graduate Fellows from the University of Hawaiʻi, in collaboration with sewage pollution experts from the University of Wisconsin-Milwaukee, are striving to understand the specific sources of fecal pollution in the coastal waters of Hilo Bay on Hawaiʻi Island. We have been collecting samples from the Hilo Wastewater Treatment Plant, cesspools, septic tanks, and places of interest identified by the community, and performing a host of microbial tests, including deciphering the microbial community structure. By comparing the community structure among these sewage sources and environmental samples, it is our goal to inform the Hilo community where sewage pollution is predominantly coming from. If successful, this method could be shared with other tropical island nations also struggling with sewage pollution. Once completed, the results of this study will certainly be shared with Hawaiʻi state legislators, who are working to help fund Hawaiʻi’s homeowners to convert from using cesspools (a rudimentary on-site disposal system) to using safer and more secure sewage systems.

Unknowingly, we have become members of C.S.I., but rather than using human DNA to solve crimes, we are using DNA from our gut microbiomes to help improve our coastal waters for ourselves and  future generations.

To find out more about cesspools and potential solutions, check out Hawaiʻi Sea Grant’s award-winning Voice of the Sea episode “Cesspool Issue Rising.” 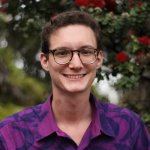 Nicolas Vanderzyl is a second-year graduate student at the University of Hawaiʻi at Mānoa studying biological oceanography under the mentorship of Dr. Craig Nelson.