Groundwater is an important resource. This is especially true on the leeward Kona coast of Hawaiʻi Island, where groundwater is the primary source of water for both humans and ecosystems. Virtually no surface runoff or perennial streams exist on this dry leeward coast, with one district even being known as Kekaha Wai ʻOle, the waterless lands of Kekaha. How, then, did Native Hawaiian communities survive in this region known for its dry and barren lava flows? And how does the growing community of Kona survive today?

Native Hawaiian elders and hydrogeologists alike will tell you that the answer lies beneath the surface. Intricate systems of lava tubes, sheets, and porous basaltic rock create pathways for the ample rainfall on the mountains to travel underground, percolating through the rocks and into the basal lens of fresh water within the island, filling the aquifer. There are many pathways within the island for water to travel: lava tubes large enough to walk, drive, or swim through; tiny pores as small as a human hair; fractures small and large created by earthquakes; and spaces between lava flows of different ages. Many organisms are dependent on this delivery of groundwater to nearshore and coastal ecosystems for survival. But along these intricate pathways, water can be transformed by biological activity or human influence, including incorporating fertilizer or sewage pollution.

Where the groundwater reaches the ocean, salty seawater makes its way into the cracks and pores in the lava from the ocean side. Within the island itself, fresh groundwater floats atop the oceanic salt water in a lens, and where the fresh and salt water meet, a zone of mixing is created, called a subterranean estuary. This region is dynamic, as the relative amounts of fresh or salt water present are influenced by the tides and waves. In some places, the mixed groundwater and seawater protrude above-ground to form anchialine [ank-ee-a-line] pools. These pools are home to native and endemic species (some found only in these pools), including the prized ʻōpaeʻula, the native anchialine pool shrimp (Halocardinia rubra). In other places, groundwater springs emerge beneath the sea surface, creating estuarine nearshore reefs. All of these systems are referred to as groundwater dependent ecosystems (GDEs).

In ancient times, Native Hawaiians survived on this dry leeward coast through intimate knowledge of water sources, including anchialine pools, subsurface water caves, and nearshore springs. These GDEs were important for much more than water for drinking and bathing. They acted as aquaculture systems or collection sites for food; supplied irrigation water for crops; served as land marks for navigation; and provided a deeper understanding of the natural world as important components of spiritual practice. Because of the importance of fresh groundwater to the survival of people in Kona, in ancient times many kapu (restrictions) were in place to protect these sources of water, and people felt a sense of kuleana (responsibility) to protect those life-giving water sources.

Today, we may not often think of the GDEs that occur along our coastlines and how we compete with those ecosystems for the water we use to drink, cook, bathe, build, and irrigate. With the advent of pumping wells, the water that humans once gathered by hand from GDEs was brought directly to homes, agricultural fields, businesses, and construction sites. In turn, there was a general decline in common recognition of groundwater’s importance, ecosystem interconnectedness, and reverence and spiritual connection to groundwater.

Growing worldwide recognition of GDE significance has prompted an increased emphasis on the importance of preserving these ecosystems, for both their biological components and their value in cultural practices. This means maintaining the quality and quantity of groundwater flow for both biology and tradition to exist and thrive.

My work as a Hawaiʻi Sea Grant Graduate Fellow has used a Hawaiʻi-based social ecological services framework to separate GDE services into four categories: ʻike (knowledge from diverse sources), mana (spirituality), pilina kānaka (social interactions), and ola mau (physical and mental well-being). We found that GDEs support all four ecosystem service categories through education, community activities, spiritual practice, and providing physical and emotional benefits. One of our interviewees stated that working within these systems is a major therapeutic tool, breaking down emotional barriers within individuals and groups.

Through this series of interviews with resource managers and lineal descendants, we learned that there is much more to be said about these unique systems than could be contained in one research article. This work is an important first step towards recognizing in the academic literature what Native Hawaiians have long known: GDEs in Kona are biologically and geologically fascinating and unique, they support important endemic species, and they allow for practices which contribute to the social identity of the people of Kona. Kona’s identity, which includes these cultural practices, the reverence for groundwater dependent and other interconnected ecosystems, and the recognition of humans as a part of the ecosystem, is an amazing tool for teaching the world how to use, value, and care for humans and ecology in a holistic way. 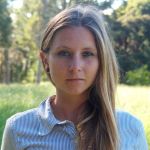 Veronica Gibson is a PhD candidate in marine botany whose work focuses on better understanding of human impacts on coastal marine ecosystems, and elevating of Pacific Island resources and Indigenous management practices into policy for a sustainable future.